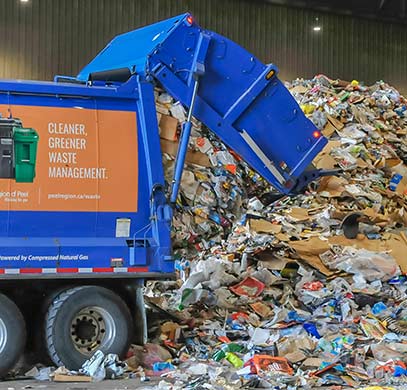 It was an ordinary day for Elio Caringi, foreperson at Mississauga's Fewster Community Recycling Centre, until he noticed an elderly gentleman frantically searching through a large dumpster at the facility, heartbroken that he accidentally threw out irreplaceable, sentimental, extremely valuable family keepsakes.

“He was so desperate that he couldn't even say for certain if he was looking in the right place,” said Elio, who kindly sent the resident home with the promise that his team would do everything they could to find the items.

A promise is a promise. The search mission was on.

But that was only half the battle. Next step: dump and sift. In an open space big enough to spread out the mountain of trash, that's exactly what they did. Standing knee deep in trash, picking through item by item, the team recovered all 20 treasured valuables.

Elio and his crew were so extremely co-operative, dedicated, hard-working and pleasant to deal with. It was their combined efforts that made it happen.