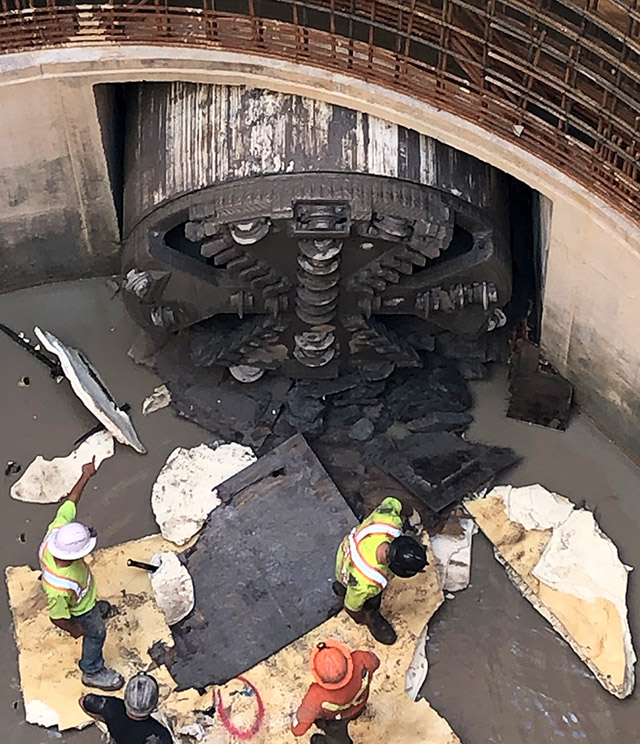 A major section of watermain tunnelling beneath Burnhamthorpe Road is complete.

The tunnelling of the 1500 mm diameter watermain between Cawthra Road and Grand Park Drive was finished in 2 runs: Hurontario eastward to Cawthra, and Hurontario westward to Grand Park.

The contractor is now installing the concrete pressure pipes within the tunnel.

About the Burnhamthorpe Water Project

The Burnhamthorpe Water Project involves tunnelling and open-cut trenching to install over 12 kilometres of water and sanitary pipes.

This project will improve water and sanitary services in the MCC by replacing old pipes and installing new pipes to support expected growth.

Since fall 2017, new watermains and sanitary sewers have been installed on these roadways: